The best foods and vitamins to help with muscle cramps

Be the first to find out about exciting new products, top fitness tips and the ocassional treat...

Cramp is *the* worst. Here’s how to avoid it.

Ever had calf cramp when swimming? Or a muscle cramp right after a workout?

If so you’ll know just how much it hurts, and how badly it can hinder your performance.

This blog post is all about tackling cramp with your diet, and is based on peer-reviewed scientific research.

Foods that can help with muscle cramps

There’s a lot of info out there about which foods to eat to reduce cramp, but not all of it is accurate. So we’ll start by taking a look at some of the science behind the ones that get most attention.

You read that right. Some people like to swig the juice in a pickle jar when cramp sets in.

This may not be as crazy as it sounds, however. One study found that:

Because it’s high in salt some people have concerns that pickle juice might cause dehydration, but another study found no significant evidence of this.

In short then, yes. Pickle juice may help to reduce cramp ✅

Does cranberry juice help with cramps? 🧃

Folk remedies for cramp often include bitter foods, and you’ll struggle to find anything more bitter than cranberry.

And as with a lot of folk remedies, there’s some truth in cranberries being helpful for cramp.

This is because cranberries have high magnesium content and cramp is one symptom of magnesium deficiency.

So while we couldn’t find any research into the direct relationship between cranberries and cramp, there’s plenty of evidence about magnesium for cramp.

More on this later.

Does salt help with cramps? 🧂

There’s still not a consensus on the exact causes of cramp, but salt features frequently in the conversation.

It’s thought that cramp is caused by the combination of salt loss, fluid loss, and fatigue.

And because different athletes’ sweat contains different levels of salt, if you’re a particularly salty sweater you may be more prone to cramp.

Saline solution – a mix of salt and water – has a long history of alleviating cramp, both for physically active workers and in sport settings.

So, yes: salt can help with cramps ✅

Pickle juice, cranberry, and salt. Not the most appetising selection, is it? Wouldn’t it be great if something delicious could tackle cramp when it sets in..?

Thankfully, you’re in luck. Chocolate can help to reduce cramps for the same reason as cranberry juice: it’s a good source of magnesium.

Before you reach for a nice milky chocolate bar though, bear this in mind:

So if you want maximum magnesium intake, grab a dark bar instead (look for 70-85% cocoa solids for the levels above).

Are bananas good for cramps? 🍌

It’s not uncommon to see an athlete munching on a banana after an event. They’re a tasty, healthy snack high in potassium after all.

Research into the efficacy of bananas for exercise-induced cramp isn’t encouraging, however.

A study into the relationship between the two concluded that “eating bananas is unlikely to be an effective treatment for exercise-associated muscle cramping.”

This is because the potassium and magnesium they contain don’t enter your bloodstream fast enough to be effective.

The glucose boost they provide may contribute to reducing cramp caused by fatigue, though.

If you’re into exercise you’ve probably come across sports drinks that claim to be isotonic.

When you exercise you lose water, salt and other electrolytes. This loss can lay the groundwork for cramp.

Isotonic drinks contain electrolytes, and they’re designed to restore the balance between water and electrolytes in your body.

Studies show that plain water can actually increase the likelihood of cramp, because it shifts your body further out of balance.

It’s really easy to make your own isotonic drink.

But you can also replenish electrolytes through your diet. Eating foods from the list below before and after exercise should keep your levels where they need to be:

Vitamins for muscle cramps and spasms

Early we mentioned magnesium deficiency as a contributing factor to muscle cramps.

There are other vitamins and minerals associated with the reduction of cramp. Amongst these are sodium, calcium, and vitamin B6.

Let’s take a look at each.

You’ll find magnesium in tons of healthy foods like seeds, nuts, spinach, soy, a variety of beans, and more.

We already linked to the National Institute of Health factsheet for magnesium, which lists cramp as a symptom of magnesium deficiency.

It’s important to know that the links between magnesium and non-exercise induced cramp is less definitive.

Salt contains a lot of sodium, and we’ve already seen the role of salt in alleviating cramp.

If you use saline solution or even pickle juice to reduce cramp symptoms, this is sodium in action.

Vitamin B6 for cramp

Vitamin B6 is found in a wide range of foods including chickpeas, organ meats, fish like tuna and salmon, bananas and many others.

A study found that vitamin B6 was the most effective remedy for self-reported symptoms of PMS, which included cramp.

Can dehydration cause cramps?

There’s a lot of information in this blog post, and you may still have questions about the causes of and, more importantly, solutions to cramp.

So here’s our advice:

We also recommend taking a multivitamin to keep your body topped up with the various vitamins and minerals it needs.

The Powher Multivitamin contains vitamin B6, calcium and magnesium – all of which are linked to cramp reduction – as part of its carefully crafted formula.

Disclaimer: The information on the Powher blog does not constitute medical advice and should not be used as such. If you would like to learn more about your dietary requirements and related aspects of your health, speak with a registered medical professional.

What others are reading

How to Make a Gym Diet Plan that Works for You Ten Quick and Easy Snacks for Active People Are Multivitamins Good For You?

Keep yourself topped up. 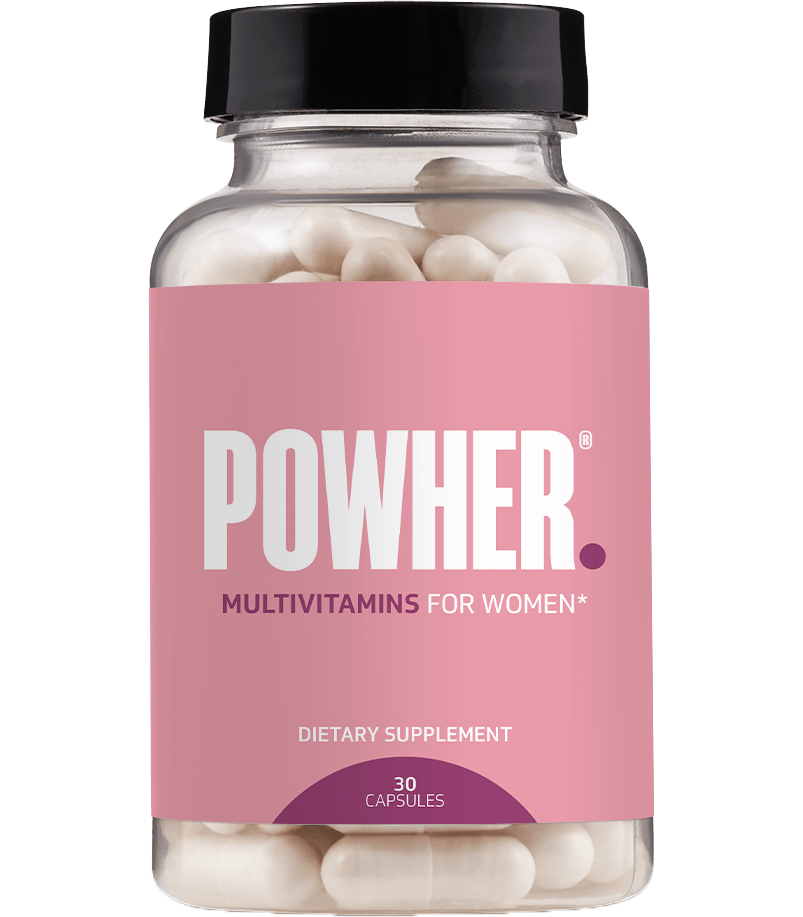 How to Make a Gym Diet Plan that Works for You

Are Multivitamins Good For You?

Got a busy schedule but don’t want to rely on junk food snacks? Then READ ON 🤩👇 We know how...

1 bottle of Powher Up 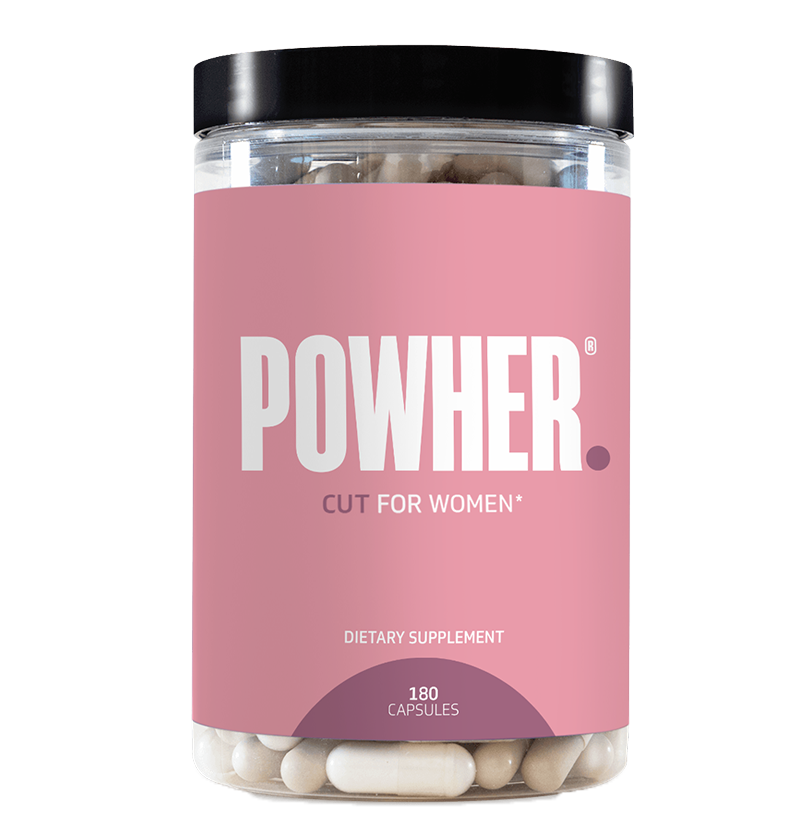 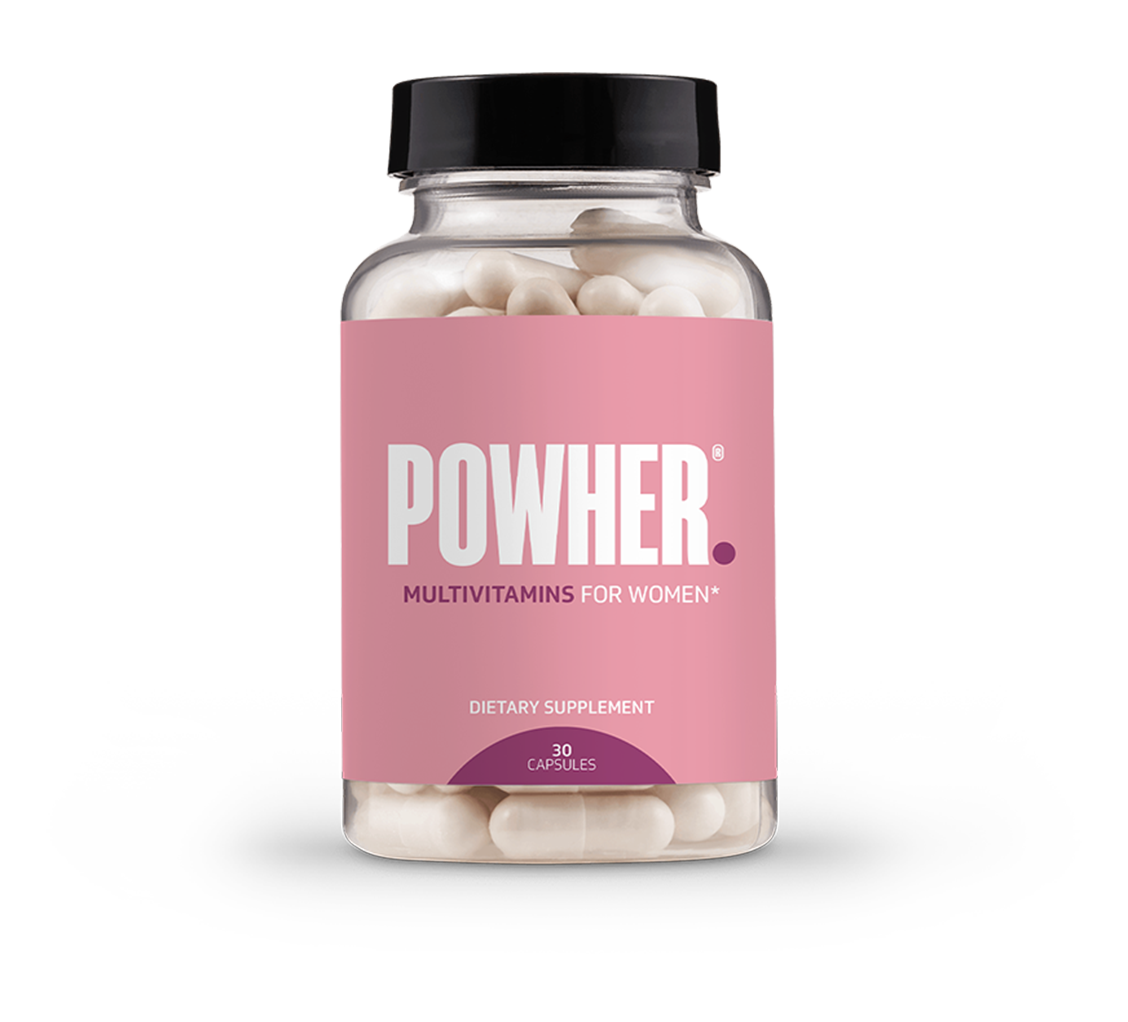 Enter your email to secure

on your first purchase.

No thanks, continue shopping

*New Customers only. Code valid for 48 hours and discount applies to 1st order only.

Your free shipping code will be emailed through to you shortly.

If you can't find the email, please check your spam folder!

This website uses cookies to ensure you get the best experience and help us improve our products & services. Learn More.